14 Things To Know About Freddie Gray

By most accounts — and like most people —  Freddie Gray was neither an angel nor a demon. The 25-year-old who lost his life after a skirmish with police in Baltimorehas been protested for, debated about, criticized, memorialized, mourned, and cast as the main character in the latest parable of the difficult relationship between police and people of color in America.

But before he died, Gray was just another person trying to make it; make people laugh, make money, make mistakes. To understand the ongoing saga of Gray’s death and what it means, here are 14 things you need to know about his life: 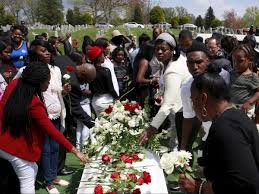 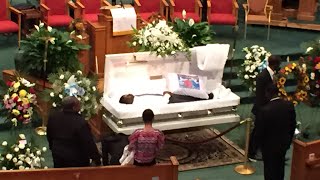 1. He lived in Baltimore, a city where mistrust between residents and authorities is profound and well-documented.

The crime rate in Baltimore, Maryland, is one of the highest in the nation. Coupled with that, local voices have noted a long history of public mistrust and alleged police corruption and brutality. A practice called a “rough ride,” in which suspects are not properly secured in the back of police vehicles and are subjected to reckless or forceful driving, has cost the city of Baltimore $45 million in the form of two lawsuits filed on behalf of individuals paralyzed in such incidents. In 2014, the Justice Department launched a probe to investigate “police misconduct” in the city, after allegations of several human rights violations.

D. Watkins, a contributor for the New York Times, commented on the general public sentiment toward local police: “To us [Baltimore residents], The Baltimore Police Department is a group of terrorists, funded by our tax dollars, who beat on people in our community daily, almost never having to explain or pay for their actions.”

2. The Sandtown-Winchester neighborhood where Gray lived is plagued with poverty and high incarceration rates.

Among the households in Sandtown-Winchester, one-third live in poverty and half bring in less than $25,000 a year. According to a recent report, the neighborhood has, according to the Baltimore Sun, the highest number of incarcerated residents in the entire state, accounting for approximately 458 inmates as of February 2015.

3. The neighborhood has also been noted for its tight sense of community

Following Gray’s death, and amidst the ongoing unrest, community members struggled to balance local pride and bonds with newfound hardship. “We’re a small community,” one resident told Al Jazeera America. “We’re proud of our community, and we try to take care of each other the best we can.” Another neighbor offered asimilar sentiment to the Baltimore Sun: “We’re all from the same neighborhood,” he said. “All of us are family.”

4. Gray was well-known and well-liked in the area by neighbors.

Highlighting the tight-knit nature of the impoverished neighborhood, Gray’s family and friends in Sandtown remembered him as being very popular. “Freddie was our family,” one friend told the Washington Post. Others described him as a charmer, a gregarious young man with jokes and a smile. “When I would see Freddie, he was always respectful, especially to the older women,” Gray’s neighbor told The Baltimore Sun. “He always had a smile one his face.” A friend of Gray said that smile meant something to those he knew: “He was so loyal, so kindhearted, so warm,” the friend said. “Every time you saw him, you just smiled, because you knew you were going to have a good day.”

5. He was well-known in the area by police.

The Washington Post reported Gray’s run-ins with the police were so frequent, officers noted a familiarity with Gray in their arrest reports. One friend told the Baltimore Sun Gray may have fled upon seeing police the day he was arrested because he “had a history with … police beating him.”

6. He had a long arrest record.

At the time of his death, Gray had been arrested at least 18 times since 2009, and was involved in more than 20 criminal court cases in Maryland, according to court documents obtained by CNN. Court documents obtained by Heavy.com show varied charges, most nonviolent, including assault, burglary, trespassing, illegal gambling, and possession of controlled dangerous substances, narcotics, and marijuana. The charges and accounts of friends previously involved in drug trade in the Sandtown area seem to suggest Gray was involved in a drug trade of some sort at some time.

7. He had two sisters, with whom he was living at the time of his death.

Freddie had two sisters; Carolina, 27, and his twin sister, Fredricka. They have both been vocal following the rise of protests and unrest in their brother’s name. “My family wants to say, can you all please, please stop the violence?” Fredricka Gray said in a news conference last Sunday. “Freddie Gray would not want this.” She added: “I think the violence is wrong.” Gray and his sisters were living together, in a house owned by the two women, at the time of his death.

8. While friends say he had no steady job, he had money; he and his sisters collected money from a lead paint settlement.

Gray and his two sisters filed a lawsuit in 2008 alleging ill effects from a childhood’s-worth of living in a house covered in lead paint. Tests showed all three Gray siblings had elevated levels of lead in their blood.  The complaint is common in the area where the Gray siblings grew up, and uniquely plagues local poor black residents who are more likely to live in such circumstances. It’s so common, in fact, that the payouts from such settlements are casually referred to by residents as “lead checks.”

9. He had asthma, and requested an inhaler while being arrested.

In addition to any physical and cognitive impairments brought on by lead paint exposure, Gray also had asthma, and reportedly asked for an inhaler while being apprehended in the incident that led to his eventual death. The failure of the officers to provide him with an inhaler was one detail that led Police Commissioner Anthony Batts to declare that the police failed to provide Gray with timely medical attention.

Although his exact attendance patterns are unclear, Gray attended Carver for a time.The demographics of the school are indicative of the poor, segregated area: 98% of the students are black, and an overwhelming  number of them qualify as low-income students. The school is also notable for a viral video that made headlines in 2014, which shows a physical altercation between a female student and a female teacher. The teacher appears to threaten to kill the student, and the student hurls a chair. The video resulted in disciplinary action for both parties.

11. He had dreams of playing football.

As a boy, Gray played football in the local chapter of the Pop Warner league, and wanted to play tight end in high school as well. However, Gray, who stood at 5’8 and roughly 145 pounds, was told he was too small for the position.

12. Friends remember him as flamboyant and free with money

Though he didn’t have a job and lived in a notoriously poor area, Gray was locally noted for his swagger and fondness for designer accessories, which friends say may have led police to finger him as a drug dealer. He was also free with his money when it came to others: A frequent visitor to the neighborhood told the Baltimore Sunhe once saw Gray buy a bunch of ice cream from an ice cream truck for neighborhood kids.

13. His mother had heroin problems and was illiterate when Gray and his siblings were growing up.

In court papers related to the 2008 lead paint lawsuit filed by Gray and his sibling, his mother Gloria Darden revealed she struggled with heroin addiction and couldn’t read. She also stated that all three of her children were born prematurely.

14. His mother has made strong statements about the city residents’ reaction to her son’s death

Much like his two sisters, Freddie Gray’s mother has also urged angry residents to give measured thought to their responses to her son’s death. “I want you all to get justice for my son, but don’t do it like this here,” she said Monday, indirectly addressing protesters. “Don’t tear up the whole city now, just for him. It’s wrong.”