(January 26, 2016– Atlanta, GA)  On Saturday January 23, 2016 internationally acclaimed singer, actress entrepreneur, and executive television producer, Towanda Braxton, celebrated3.6 million viewers for her breakout role as Associate Producer of Lifetime’s original movie“Toni Braxton: Unbreak My Heart.” With extensive national experience as an actress and an executive producer, Towanda brought a wealth of knowledge to the project. “Toni Braxton: Unbreak My Heart” is a movie based on singer Toni Braxton’s memoir about her struggles with illness, financial troubles and divorce while navigating her son’s autism and family struggles. Towanda supervised and oversaw the daily production of the movie. Among her many responsibilities, she created and managed production and budgets, negotiated agreements, coordinated union and non-union casting sessions, supervised script reads, and worked closely with the Director Vondie Curtis-Hall and the production departments to coordinate a highly successful finished product for “Un-Break My Heart” 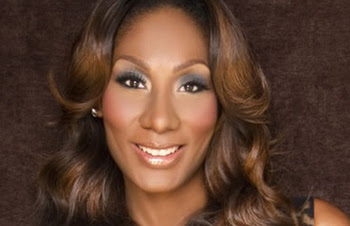 Best known for her role as the star of WEtv’s hit series Braxton Family Values, Towanda has been involved in different facets of entertainment for most of her life. As a result she has been signed to Arista Records, LaFace Records, and Atlantic Records,where the only album ever released by r&b female group “The Braxton’s” which also included Toni,Traci, Trina and Tamar Braxton was produced. Towanda travels the world building the Braxton brand working directly with Toni Braxton and the rest of her family. As a spokesperson for Burlington Coat Factory, Macy’s, Gain Detergent, Proctor & Gamble, Rio 1 &  2, Home Goods, Bayer Asprin, and The Vagina Monologues Towanda has captivated the international press and television media; spotlighted in Sister 2 Sister Magazine, Madamenoire, Vibe Magazine, Black Enterprise, Essence, TMZ, Huffington Post, OK! Magazine and many more. Towanda has collaborated with the entertainment industry’s most celebrated brands including Actress Teri Vaughn, Comedian Bruce Bruce, Actor and Producer Carl Payne, Media Personality Ebony Steele and a host of others.

Towanda’s current projects include being the Brand Ambassador for the I.R.I.Extensions Hair Enterprise, a new Nail Gel Polish line, actress for a new television pilot entitled The Real Georgia Peaches, another reality show which she is the co-executive producer.  In addition to speaking in front of thousands during her 8 city stop for The Ultimate Blueprint Tour, she is currently accepting interviews, panel requests, hosting opportunities, and endorsement offerings.