Atlanta’s Own Orrin Checkmate Hudson….Changing Young Lives Through The Art of Chess 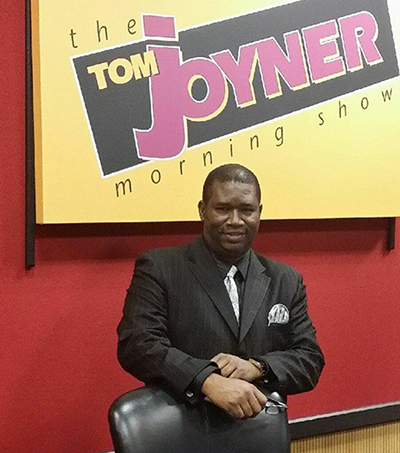 During the morning’s segment, Hudson talked about his role in helping promote the recently released Disney Studios chess-oriented film, Queen of Katwe, which stars Oscar award-winning actress Lupita Nyong’o. He also announced that Be Someone, a unique non-profit program that he founded in 2001 to help teach underprivileged youth to think strategically, plan effectively and build self-confidence, will be going on the road to reach more young people at risk of making the wrong moves in their lives. He credits the game of chess of literally saving his life when he was a youngster and now he’s paying back.

The former Air Force veteran and Alabama State Trooper has a simple message that resonates with his young audiences: “Learn to think before you act: heads up, pants up, grades up, and the most important, never give up.”

“Appearing on The Tom Joyner Morning Show was one of the most rewarding interviews in my career,” said Hudson. “Tom Joyner is an all-time legend in radio broadcasting, so to be able to talk to him about my background, Be Someone, and my organization’s goals is something I will never forget.”

Listen to the TJMS interview now at:
www.blackamericaweb.com/2016/10/18/orrin-checkmate-hudson-teams-up-with-disneys-queen-of-katwe/