Bruce Jenner Call Me Caitlyn First Photo as a Woman

I was researching  Bruce Jenner’s transitions into a woman and I was astounded with amazement at the overwhelming publicity, It  was shocking. It was shocking because there is so much hate geared towards the LGBT community on a daily basis that it appears  he was welcomed with “open arms” displayed by his tempestuous Twitter account,  the interview with Diane Sawyer to a photography shoot in Vanity Fair (VF). My mentality is “To Each Its Own,” but I cannot stop from wondering if  Bruce was not white, would he be given the same opportunities and positive feedback…

It’s the biggest reveal of 2015 for sure … Bruce Jenner as a woman, and the pic is dramatic. 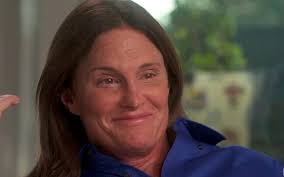 The name’s now Caitlyn. She posed for the cover of Vanity Fair’s July issue and it was shot by famed celeb photographer Annie Leibovitz.

It’s interesting the name is spelled with a C and not a K … possibly a break from the Kardashian Klan.

In the Diane Sawyer interview Bruce made it clear he was saying farewell to his male persona. This pic is a full reveal of the transformation.

Caitlyn just opened a Twitter account, saying, “I’m so happy after such a long struggle to be living my true self. Welcome to the world Caitlyn. Can’t wait for you to get to know her/me.”

Check out the video, where Caitlyn models several outfits and seductively poses.

Share
Previous article « Want Something To Live For?? Live4RED!! Come Out And Support The Cause This Weekend At The Reggae Hut!
Next article Akon Is Bringing Electricity To 600 Million People In Africa »