I remain deeply disturbed and deeply saddened by how we values lives, particularly black lives, in this country. First Mike Brown and now Eric Garner. That the grand juries in bother these American cities chose not to indict – which is not judging innocence or guilt, but just whether a trial should be held to determine innocence or guilt – boggles the mind. That wasn’t even asking for justice, that was asking for the chance to have justice.

What strikes me, too, is how insignificant these supposed “crimes” were to warrant what turned out in both cases to be lethal force. Stealing some Swisher Sweets. Selling a few loose cigarettes. How can we say we value all lives when this is the kind of infraction required to take one? 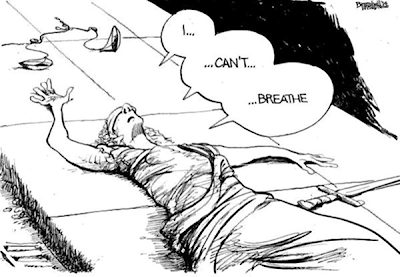 When we talk about race relations in America or racial progress, it’s all nonsense. There are no race relations. White people were crazy. Now they’re not as crazy. To say that black people have made progress would be to say they deserve what happened to them before. So, to say Obama is progress is saying that he’s the first black person that is qualified to be president. That’s not black progress. That’s white progress. There’s been black people qualified to be president for hundreds of years. If you saw Tina Turner and Ike having a lovely breakfast over there, would you say their relationship’s improved? Some people would. But a smart person would go, “Oh, he stopped punching her in the face.” It’s not up to her. Ike and Tina Turner’s relationship has nothing to do with Tina Turner. Nothing. It just doesn’t. The question is, you know, my kids are smart, educated, beautiful, polite children. There have been smart, educated, beautiful, polite black children for hundreds of years. The advantage that my children have is that my children are encountering the nicest white people that America has ever produced. Let’s hope America keeps producing nicer white people.

The majority in our culture will always determine our “progress.” The majority controls how any subjugated group, be it racial minorities or LGBT people, fare in society. Certainly, black people and gay people and others have rightfully risen up and demanded their rights. We have protested, we have rallied, we have educated. We will continue to do all of those things. Still, those rights are fundamentally not ours to take. They must be given by the majority which has progressed to a point where they are no longer frightened, angry, disgusted, confused and generally wrong about us. In this world, there should only be folks. But whether we like to admit it or not, we tend to see our differences before we see our similarities.

Several white users came forward with their own stories of either breaking laws or noncompliance with police, revealing that they were not punished — let alone killed — during their encounters: 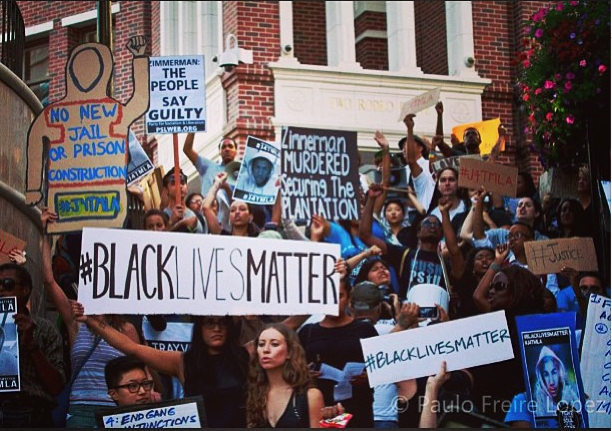 Whites use drugs 5 times more than Blacks, yet Blacks are sent to prison for drug offenses 10 times more #CrimingWhileWhite

This is a time when we should all be uniting against police brutality. Don’t need more division. #CrimingWhileWhite

stopped by police with black friends, they told me i should be with “these people.” #CrimingWhileWhite

#CrimingWhileWhite pulls back the curtain on racial injustice and white privilege in America: http://t.co/1bibujujST pic.twitter.com/idFBmIfF7p

Shot 72 people and killed 12 in a movie theatre and was subdued and arrested unharmed.