Thomas Manning, 64, is recovering well after the 15-hour procedure performed by a team of over 50 surgeons, doctors and nurses, this month, according to the hospital. Manning, of Halifax, Massachusetts, had his penis amputated after he was diagnosed with penile cancer in 2012.
The procedure, also described by the doctors as a “surgical milestone,” is called a gentitourinary vascularized composite allograft, or GUVCA.
It involves “surgically grafting the complex microscopic vascular and neural structures of a donor organ onto the comparable structures of the recipient.”
Put another way, “surgeons connected the intricate vascular and nerve structures of a donor penis with those of the 64-year-old transplant recipient,” the hospital said.
Dr. Dicken Ko, director of the hospital’s Regional Urology Program, said the objectives of the surgery were primarily to reconstruct the genitalia so that it appeared natural, followed by urinary function and hopefully sexual function. However, Ko added that while sexual function is a goal, reproduction is not, because of a concern surrounding the ethical issues of who the potential father may be. 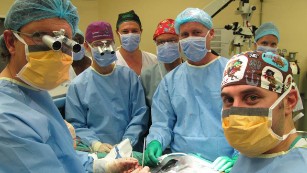 First penis transplant patient’s girlfriend is pregnant, doctor says
Although Manning is still healing from the surgery, his doctors said there are no signs of bleeding, rejection or infection, and they are cautiously optimistic that he will regain function. They expect him to leave the hospital in the next three or four days.
“Today I begin a new chapter filled with personal hope and hope for others who have suffered genital injuries, particularly for our service members who put their lives on the line and suffer serious damage as a result,” Manning said in a statement provided by the hospital. He also expressed gratitude to his family and his medical team, as well as to the family of the donor.
“We are hopeful that these reconstructive techniques will allow us to alleviate the suffering and despair of those who have experienced devastating genitourinary injuries and are often so despondent they consider taking their own lives,” said Dr. Curtis L. Cetrulo, a plastic and reconstructive surgeon who led the transplant team along with Ko.
They worked with doctors in infectious disease, psychiatry and social work and with the New England Organ Bank to identify a suitable donor.
Cetrulo said the surgery was an effort 3½ years in the making, building on their previous work.
“It’s on a continuum of transplants … hand, face, abdominal wall. … We felt comfortable because of our experience with hand transplants,” he said.
Manning will need to take immunosupressing drugs for the rest of his life to diminish any chance of rejection. Certulo added that the immunosupressants may in fact “help the nerves regrow,” hopefully contributing to his success.
Certulo and Ko said they hope that this procedure can help put them on a path to help wounded servicemen. “There’s a real patient-driven need,” Certulo said.
Eventually, they hope this may even be used with gender reconstruction surgery.
However, Certulo also pointed out that there was still a lot to learn about this process and how it would fit for each patient. “Every case is different. We really had to tailor our procedure to our patient.”
Previously, doctors at Johns Hopkins said they hoped to be the first team in the United States to accomplish this procedure in a clinical trial for veterans launched last year. Brigham and Women’s Hospital in Boston is also approved to perform the procedure. 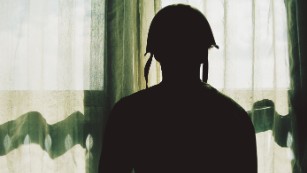 Penis transplants give hope to wounded troops
In December 2014, doctors at Tygerberg Hospital in Cape Town, South Africa, performed the first penis transplant in a nine-hour operation.
The patient was a 21-year-old man whose penis was amputated after severe complications from a circumcision during a coming-of-age ceremony.
Doctors waited three months to declare the surgery a success, once his urinary and reproductive functions were restored. In June, the man had impregnated his girlfriend.
(CNN)
Share
Previous article « Call Cookie! the Real Deal on Jussie Smollett Leaving ‘Empire’ Is…There’s more to the story of his sudden departure.
Next article Beyoncé Denies Allegations That Ivy Park Clothing Line Is Made in a Sweatshop »