The fifth season of Love & Hip Hop New York wrapped up last night (Mar. 30), but it also marked the last time you’ll see Erica Mena on the show. And to commemorate her departure, the future Mrs. Shad Moss took to Instagram to write a goodbye letter to her dear fans.

The letter was penned below a picture of Mena wearing her wedding gown (pictured above). She went on to thank all of her fans for their unconditional support, and apologized for some of her mishaps on the show. 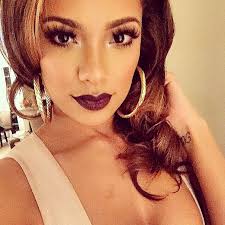 “Four years ago became #MenaMonday I let the world in and it’s been a crazy ride since. I’ve always been open about who I am & my relationships just because I know my story was meant to be told. I’ve made many mistakes and I get judge harshly. Thank God I’m as tough and bold as I am because the truth is many are like me,” she wrote.

“I have fan base that now has become my family! I can’t thank you all enough for following & riding this ride. You are all appreciated. Learning from my mistakes and loving me no matter what rumors are made up,” she continued.

Mena then went to allude that no matter what she will always keep it real and genuine with her fans. But reassured she will not be making the same mistakes again.

“Oh and YES I’m Sorry I know I’ve forced you all to like certain people just because I decided to date them I know it won’t be the same after tonight’s show but I do know that no matter what I’m always going to be Open and Real with you all.”

“This chapter has ended but the real deal is the journey has just begun. Tonight is indeed my last show. Good luck to everyone. Wish you all the best. Always #MenaMondays AKA The Only Reason You All Watch #LHHNY #BreadWinner.”