If this week’s Met Gala showed us anything, it was every curve, nook, and cranny of our favorite celebs’ bodies. Ahem, Beyoncé. And even though Rihanna has rocked this look to the extreme before, with about 10 sheer dresses on the carpet, it appears to be a major trend. If this is something you want to attempt on your own, though, there are a few things you should know, because it’s not the kind of thing you can just do on a whim. You need to be, as Scar, Mufasa’s… 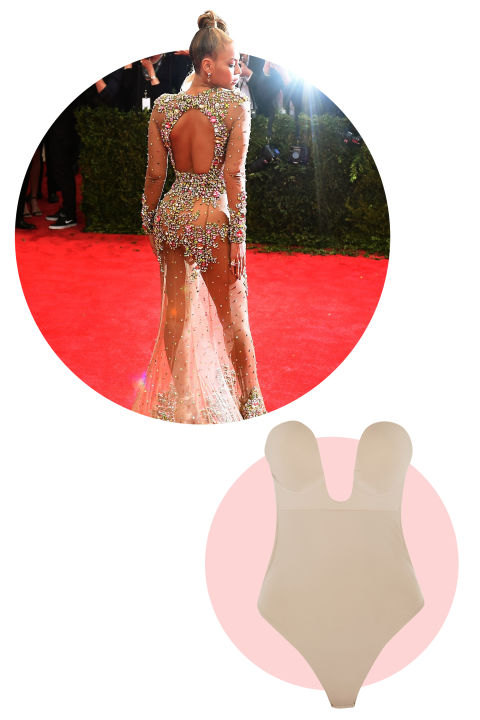 Everyone is probably looking at Queen Bey and wonderinghow? Well, my best guess is that Givenchy designer Riccardo Tisci created a built-in body suit for this custom dress so that absolutely nothing had the opportunity to fall out of place. If you can’t get Mr. Tisci to do the same for you, I suggest this: 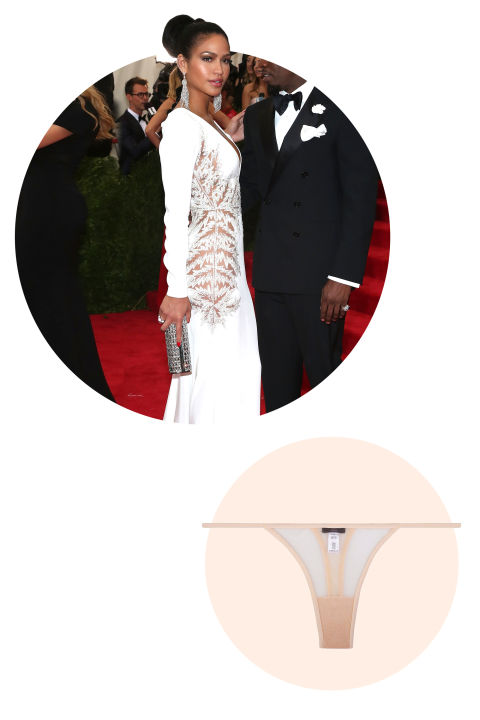 P.Diddy’s main squeeze wore a subtly sheer dress, but the skin is there all the same. Cassie is more than likely rocking a barely there and flesh-colored thong. 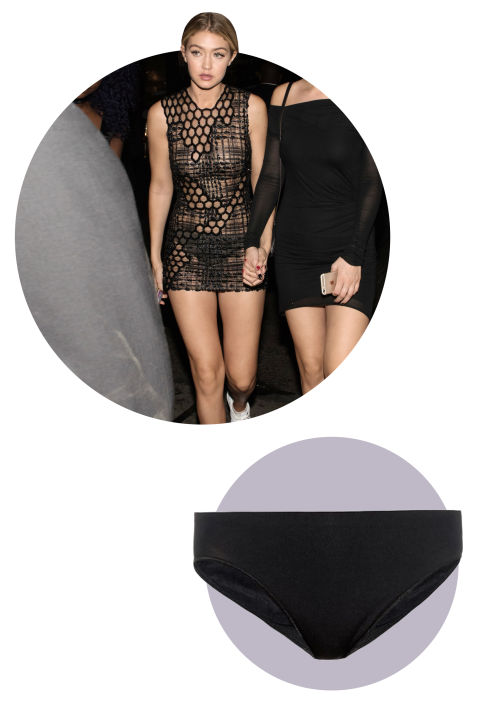 Gigi went really bold with her after-party look, channeling Coachella in her Adidas sneakers and sheer black dress, which was really all about putting her undies on display. To achieve Gigi’s look, all it takes is a granny panty, for lack of a better term, and since this is the only kind of panty I wear, I’m totally down with this. 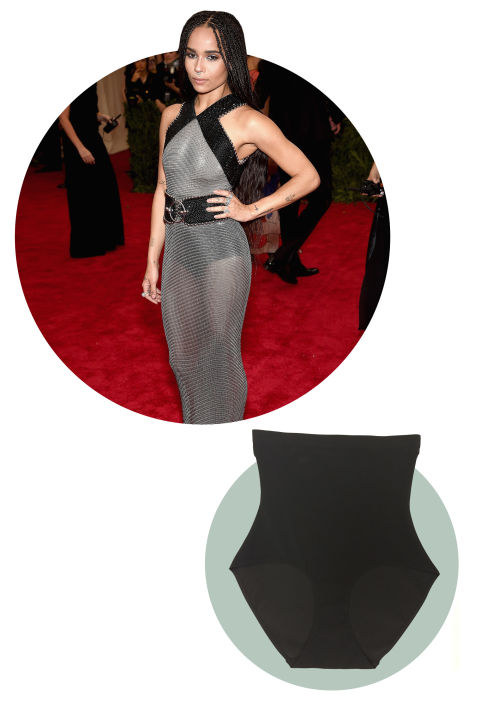 Zoë Kravitz chose a very classic way to wear her mesh Alexander Wang gown and that was with a high-waisted black panty. This choice is a no-brainer for any kind of sheer situation. This pair from Yummie By Heather Thomson serves the purpose of trimming, slimming, and covering: the trifecta! 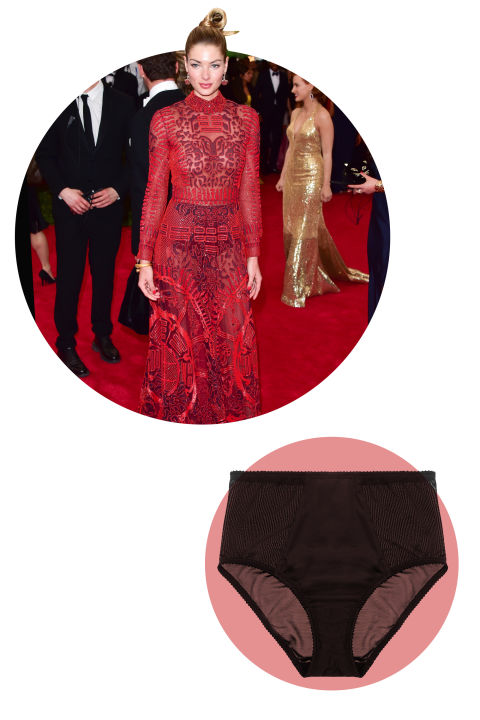 Jess Hart is wearing a high waisted black brief with her Valentino gown and this is, in my opinion, the most classic way to rock a sheer dress. It keeps everything tight and in place and really just calls out the fact that you know you’re wearing something sheer. 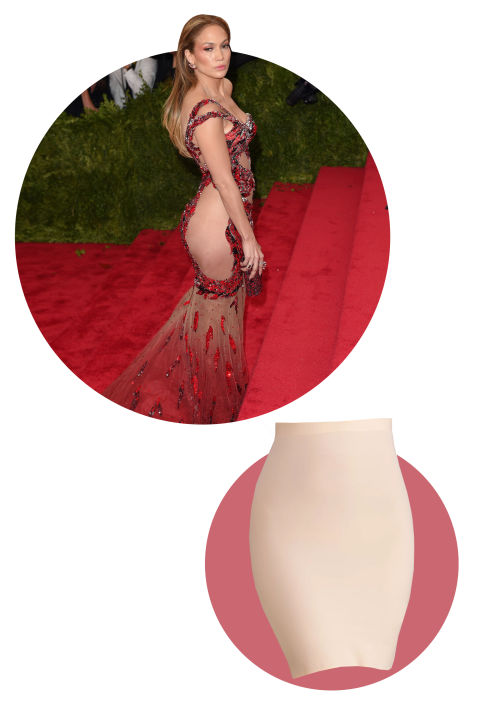 Jennifer Lopez, the behind behind Sir Mix-A-Lot’s “Baby Got Back” will never have a VPL on the carpet and she wears some seriously revealing dresses on the carpet. For her Met Gala Atelier Versace dress, I think she’s working with a built in flesh-colored skirt. 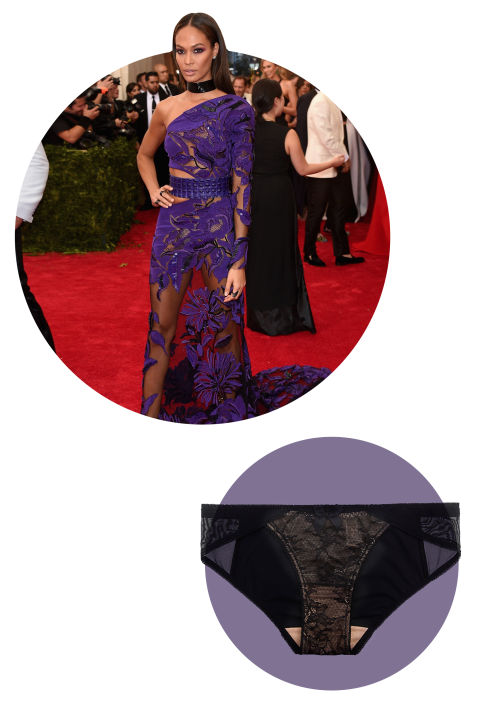 Frequent Victoria’s Secret model Joan Smalls isn’t shy about her lingerie. With her Roberto Cavalli dress she’s going for a mesh and lace combo panty, which is a bolder choice, but still achieves the desired purpose: full coverage. 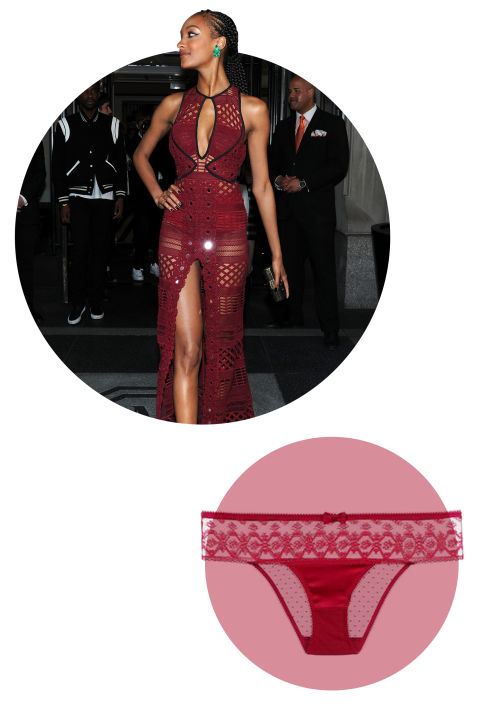 Model Jourdan Dunn takes the monochromatic route. With her red Burberry gown, she also wore a matching red panty. Might as well keep everything in the same color family. She could have gone with black, but the red really makes the statement that the “naked” dress is actually a total outfit. 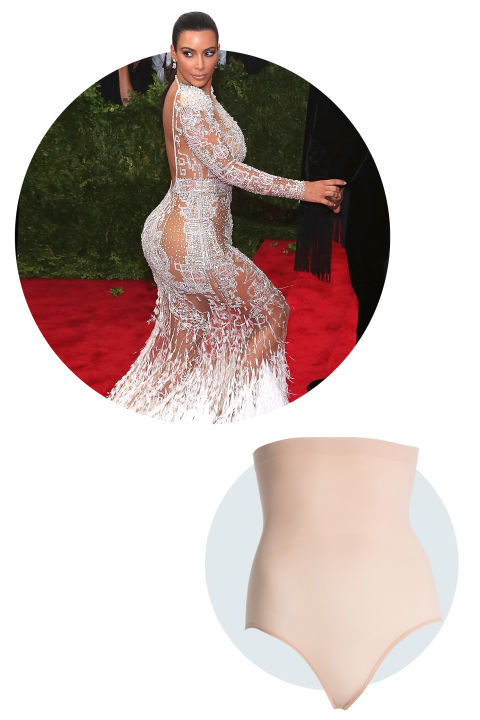 Kimmy expertly wore this Roberto Cavalli dress on the carpet, and even though we know what she looks like naked, the Met Gala is not really the time or place for that. I’m thinking that Peter Dundas made her a built in body suit apparatus, like what Bey wore, because we see no lines whatsoever. 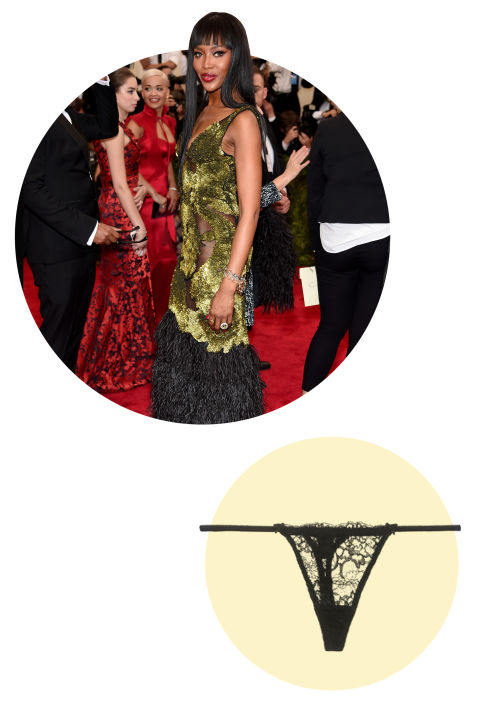 Naomi Campbell wore a pretty tame sheer dress but the holes are there, trust me, and if you’ve never rocked this look before, even something like this will feel pretty exposed. To get Naomi’s look, go for a tiny thong. She has much more fabric to cover the line of these minuscule undies, so the good thing is, the thong doesn’t even have to be flesh-toned!