As I go through my many friends on social media, I notice one familiar theme: we all love music, namely hip hop. We all consider ourselves hip hop purists, and want only the best for the culture. But there has recently been a new wave of hip hop (if you can call it that) that has taken the airwaves by storm, and threatens to compromise the very backbone of our music society.

I was born in the tail end of the age of Grandmaster Flash and the Furious Five, Kurtis Blow, and The Sugarhill Gang. But they ushered in a new generation of such artists as KRS-One, MC Shan, Rakim, and of course the whole West Coast explosion. I grew up with battle rap on the East Coast, among the five boroughs. And we can’t forget the whole East Coast/West Coast battle beef. It pitted artist versus artist; producer versus producer. But all in all, I can say it was it was good for the state of hip hop. More recently, it was the epic battle of words between Jay-Z and Nas amd Kendrick Lamar’s knockout verse on “Control”. 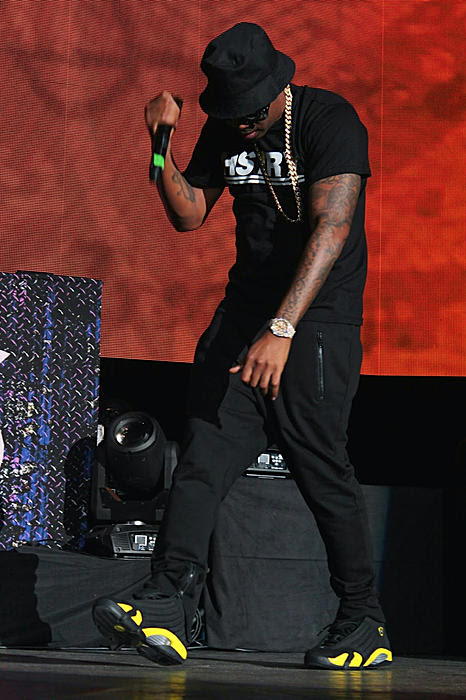 It refreshed the culture, while bringing awareness to the plight of many artists and the environments in which they were brought up. Most people thought that these rappers were born affluent and had it made. But America was given a glimpse into the cities of Watts, Compton, and Long Beach, while many myths of NYC being the city of gold being shattered by visions of the inner streets of The Bronx, Bedford Stuyvesant, and Queens. But this was good for us.

This brings me to what is really on my mind. Is hip hop dead or are we just in the dark ages? As I look around at these guys in the game now, I can do nothing but shake my head. Bobby Shmurda, Rae Sremmurd, Young Thug, and The Migos just to name a few are, in my opinion, taking hip hop to a place where, in my opinion, it should not be. And it’s not just them that I am picking on: but unfortunately it is now the majority. Long gone are the days where everyone was in the game to make an album, each artist painstakingly writing verses over a beat created in his or her head that won’t go until satisfied lyrically; most want to make a hot track, live good off of the sales, make one full tour circuit and ride off into the sunset. Few artists aim for longevity in the game, which shows me a lack of focus or just plain laziness. Artists used to hole up for hours and even days until a certain track or the entire album was up to par with their standard. Now, with the help of Auto Tune and nifty mixing/mastering, they can be in and out of a studio with product in tow in less than 30 minutes. And although they have a slick beat, the wordplay really suffers, which in turn actually makes the listener suffer.

Real hip hop in my opinion has to have one or more of the following three things: storytelling, the battle, and the art of wordplay. But we have gotten away from that because of greed and trying to be popular, while leaving the original fan base in the dust. When Kendrick Lamar dropped his clearly combative verse on Big Sean’s “Control” LP, and the hip hop world went nuts. I myself enjoyed it because he took it back to the roots, the battle. Most of the artists now were left panicking, not knowing what to do. Do we get mad, or do we go back at him?  When did this happen to us? When did we forget the foundation, the very thing this genre was built on?No one knows for sure, but I as a true fan regret the day it happened.

Many are quick to point to “crunk music” as the beginning of the end. I can see the argument, but in reality Lil Jon was never a performer; he was a producer/hype man. In every song, he had quality emcees, such as Pimp C, Nas, Ice Cube, and Jadakiss, just to name a few. I recall my days as a student at Alabama State University in summer of 2005. While I was admittedly getting crunk and enjoying it, there came an era of copycats that began to saturate the airwaves. At one point, I reverted back to my old Roots, Common, Talib Kweli, and OutKast albums for comfort. I always knew that this phase would pass, or at least I hoped it would. Just as I was about to throw in the towel on the game, a then little known producer-rapper by the name of Kanye West dropped an instant classic name “The College Dropout”. Soon after he was followed by fellow Chicago native Common, with the “BE” album. These two albums alone brought me back to hip hop and preserved hope that it would be fine.

The problem is that for every Common, Dr. Dre, Hova, Nas, and even late B.I.G. and Tupac to name a few,  there are at least one hundred that don’t follow the same philosophy. Artists used to treat their craft as if they knew they had something to prove, not only to themselves, but to the community that saw them through it. It was commonplace to hear about them raising money for scholarships, disease research, doing community service, and very involved in activism. They knew that the streets had birthed them; giving back was the least they could do. Many even live by this creed now. Sadly, most now are out for themselves only, and it is saddening as a follower of the culture. For example, the entire country and most of the world have been captivated with the recent murder of Mike Brown in Ferguson, Missouri, as well as police violence nationwide finally being brought to light. In a recent interview at an awards show, when asked about the Mike Brown situation, replied “we leave that to the critics and lawmakers to handle that shit……we are iced out, having a good time”. I understand his excitement, but what if it were one of his homies, or even his children in the same predicament? what happens then? That is what true artists realize, that hip hop isn’t just rap; it is a way of life. It’s what we live, what we eat, how we talk, even how we walk. And it is up to hip hop strictly to change the stigma of hip hop.

So in closing, it is my personal opinion that hip hop is not dead; but we are definitely in a rough patch, though It is up to us as true fans not to just jump on the bandwagon of what is hot right now, and demand more of our artists. Because they owe us enough to keep it real, and not to sell out just for the sake of a few thousand more sales or a platinum record. Let’s get gritty again. Perform like there is no tomorrow, because at this rate, it may not be. 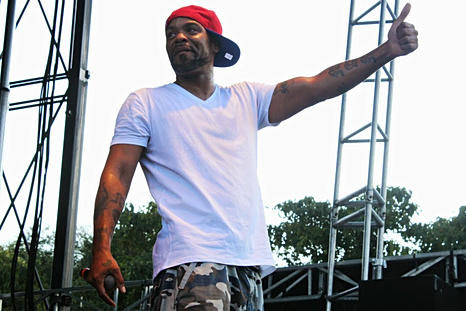 Want to see more from this writer? Click here (HHAD)