According to E News, An impostor imposed on the Jenner Property as a decorator for the holidays. He was even escorted on the property by security. How freaking weird is that! I would be livid and my security team would have immediately been replaced. The stalker was captured and undergoing a psychiatric evaluation. People go through so many lengths to impede in one’s personal life. Get A Life!

Guess what ya’ll, as I was doing further research on the Jenner home being invaded, I came across the entire staff on the Jenner Property was been canned. Read more.

We’ve always known Kris Jenner is a protective mother and an even more protective grandmother, but we’ve never seen her do this before.

E! News can confirm the 60-year-old reality matriarch took matters into her own hands and fired her entire security team after a man broke into her home earlier this week.

A family source tells us, “Kris Jenner did fire her security guards yesterday in the wake of the lapse that occurred. She’s currently looking for a new team but is now using security that Kanye uses.”

The insider also notes the scariest part of the entire incident: “Turns out that Saint[West] and Kim [Kardashian] were in the house during the incident and everyone at the house was really upset that security didn’t do their job properly.” 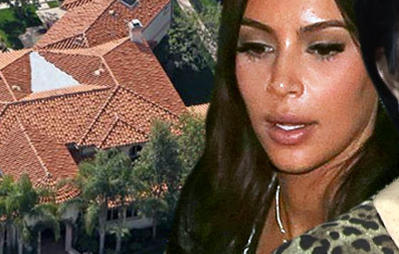 The man had walked right into the Jenner home while it was being decorated for Christmas, alleging he had a meeting with the momager and later getting escorted by security right to the property.

He then entered Jenner’s office, where she was located at that moment. Alarmed, she immediately called the Sheriff’s Office. Jenner’s security grabbed the male intruder and the sheriff’s deputies responded quickly to the home.

According to officials, the man arrived at the California mansion from out of state.  He was later detained and put on a psychiatric hold.

We’re glad to hear everyone is safe and hopefully nothing like this happens again!

Share
Previous article « [VIDEO] 100 Days to Get THRU by Andrew J. Richard
Next article Supermodel Bar Refaeli Has Been Arrested For Tax Evasion »