Women, poor people, immigrants, and all people of the world, Kerry Washington wants YOU to fight side-by-side for the rights of humanity. 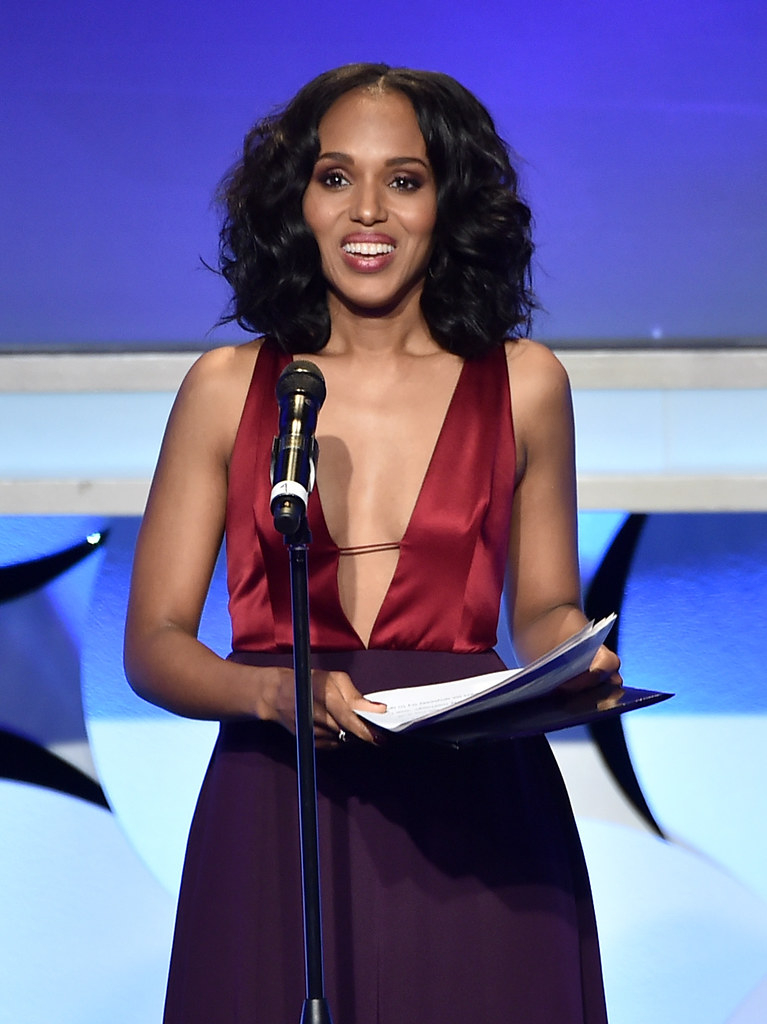 During her stirring acceptance speech at the GLAAD Media Awards Sunday night, the Scandal star called upon the citizens of the world to fight for our rights and the rights of others.

“Women, poor people, people of color, people with disabilities, immigrants, gay men, lesbians, bisexuals, trans people, intersex people…we have been pitted against each other and made to feel like there are limited seats at the table for those of us who fall into the category of ‘Other,'” she said to tumultuous applause.

Washington was awarded the GLAAD Vanguard Award for being an ally to the LGBT community in the roles she plays and in her personal activism. During her speech, she reminded the watching audience that it is everyone’s responsibility to stand up for the rights of humanity.

“We can’t say that we believe in each other’s fundamental humanity and then turn a blind eye to the reality of each other’s existence and the truth of each other’s hearts,” she said. “We must be allies. As long as anyone anywhere is being made to feel less human, our very definition of humanity is at stake and we are all vulnerable.”