Don’t expect NeNe Leakes to be appearing on The View any time soon.

The former Real Housewives of Atlanta star was her usual candid self on Watch What Happens Live!, when she opened up about her less than pleasant experience on The View. In November, Leakes called the hosts of the ABC show a “bunch of mean girls” in a tweet , which she later deleted.

“I felt like they were not kind to me,” Leakes explained to WWHL host Andy Cohen about the show’s hosts, which include Whoopi Goldberg, Joy Behar, Candace Cameron Bure, Raven-Symone, and Paula Faris. “It was more than Joy. Joy definitely was throwing a lot of shade, but there was someone else on the panel that threw a lot of shade as well, as far as looking at me up and down.”

“Probably,” she replied. “[She was looking at me up and down] real nasty-like. And I didn’t like that, because first of all, I was invited to their show. … And they just weren’t kind. They did not have nice manners.”

“I know all of them are tired — their hairstyles are tired, the makeup is tired, you know, whatever,” she said, waving her hands dismissively as Cohen laughed.

Leakes’ fans definitely noticed when she Instagrammed a photo of herself with the View hosts last month, and cut out Raven-Symone from the original picture. 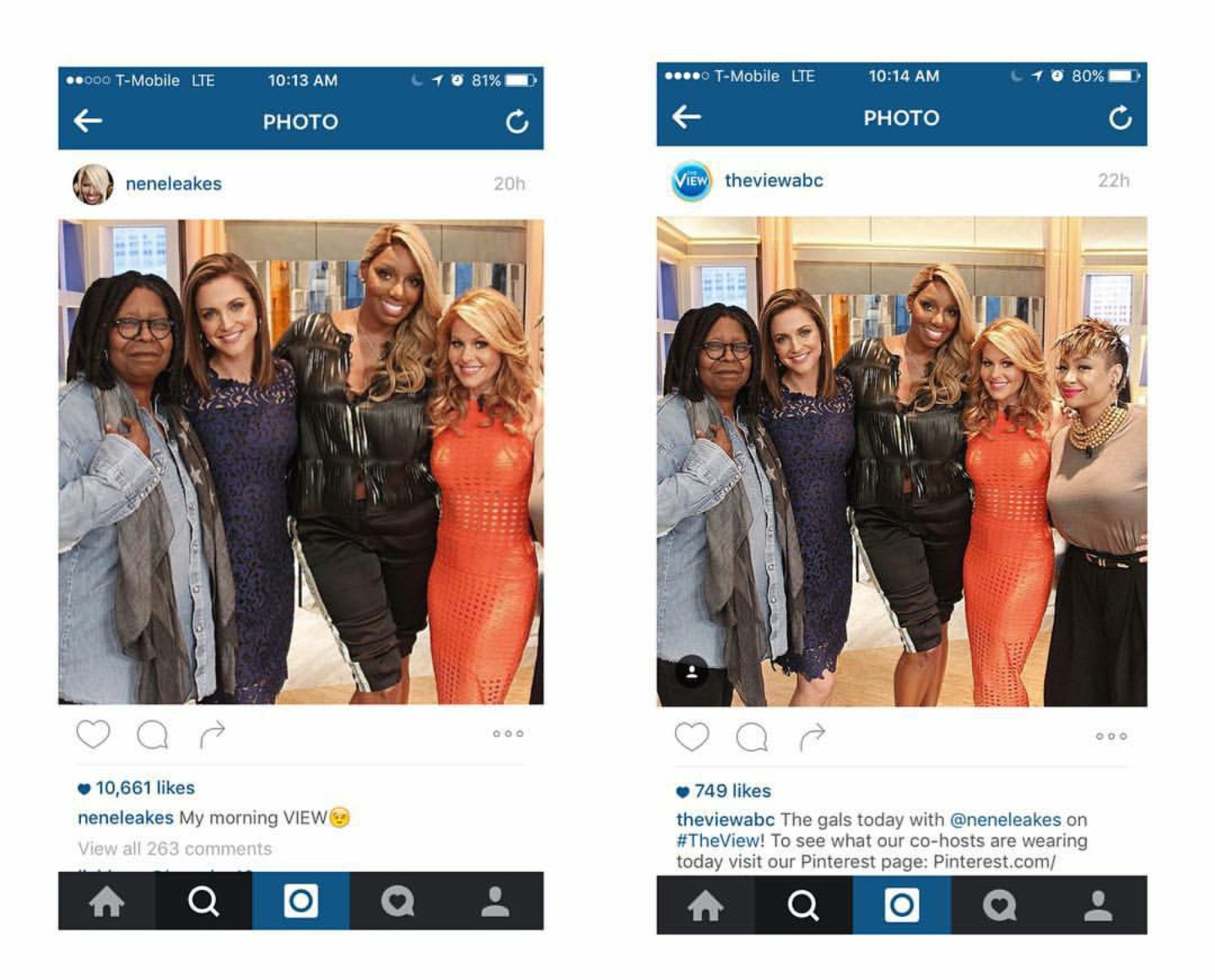 The star, who is back on Broadway as Matron ‘Mama’ Morton in Chicago, also memorably had a testy exchange with Behar when the longtime co-host asked her why she re-married her husband, Gregg Leakes, two years ago.

Watch the video below for more on Leakes’ awkward View appearance.