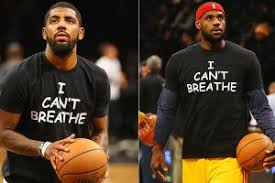 NEW YORK — LeBron James received the most attention of the six players to wear “I Can’t Breathe” T-shirts before the Cleveland Cavaliers’ 110-88 victory Monday against the Brooklyn Nets at Barclays Center, but Nets guard Jarrett Jack helped put the collective gesture together.

Both James and Cavs guard Kyrie Irving received their shirts from Jack, who hooked up the visiting stars after hearing James speak out on the refusal of a grand juries to indict police officers in the New York death of Eric Garner and Ferguson, Mo., death of Michael Brown. Garner’s last words, as heard on the video of the incident that led to his death, were “I can’t breathe,” which has become a rallying cry for protestors across the country.

“I reached out to some people in his camp that I’m cool with,” Jack said after the game. “Definitely when they were coming into our arena, when you’re on the road you don’t have access to certain things that you might at home. I just wanted those other guys in the locker room to band together with us and be a part of the statement that we put out there on the court today.” 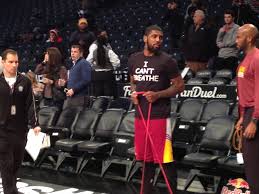