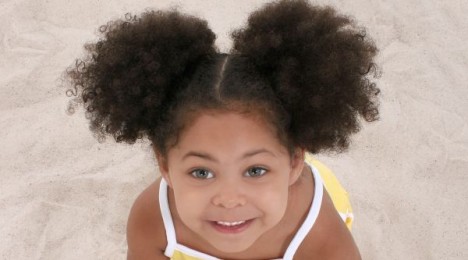 In the wake of an outcry over an Ohio charter school’s attempt to ban “afro-puffs and small twisted braids,” the institution’s dean has apologized and said the policy was taken out of context.

On June 14, officials at Horizon Science Academy in Lorian sent a letter to parents, outlining the school’s new dress code for the upcoming school year. Among other rules regarding hats and tattoos, the updated regulations said that “afro-puffs and small twisted braids, with or without rubber bands are NOT permitted,” according to a copy of the letter obtained by the blog Black Girl with Long Hair.

A swift backlash against the policy –- which many perceived as racist — prompted school’s administration sent out a letter of apology on Saturday, explaining that the ban would not be included in a final version of the school’s new dress code. The letter, which can be found in its entirety on Black Girl with Long Hair, explained that the administration for the K – 10 school did not have “any intention of creating bias towards any of our students.”

Black Girl with Long Hair notes that “afro-puffs are essentially the black version of the ponytail.”

The school’s dean of students, Jayson Bendik, told the Morning Journal that the ban was the result of an “oversight.”

“We made a mistake and we fixed that mistake immediately,” he said.

James Knight, an advisory board member for the school, told HuffPost Live that the proposed policy was “a misunderstanding.” Knight, who has four African-American sons, said that the policy was specifically directed at the school’s male students.

Leila Noelliste, creator and editor of Black Girl with Long Hair, told HuffPost Live that the problem lies with the idea that natural African-American hair is not automatically considered well-groomed.

“It’s an issue black people face within the black community and outside, that our naturally occurring features are characterized as unruly, undisciplined, unkempt,” Noelliste said.

The school said in its apology letter that it will take steps to make sure such an incident does not occur again.

Share
Previous article « Are The Kardashians Responsible For Lamar Odom’s Near-Death Experience?
Next article So They Didn’t Have A Future After All! Rapper Denies Ever Dating Blac Chyna After She Tattooed His Name On Her Hand »