First Prince now Muhammad Ali. We have lost yet another living legend.

The pro boxer’s funeral will be held on Friday, June 10, in his hometown of Louisville, Kentucky. Former President Bill Clinton, comedian Billy Crystal and journalist Bryant Gumbel will deliver eulogies at the event, which will be open to the public.

Muhammad Ali: Boxing legend, activist and ‘The Greatest’ to a world of fans!

His hands and his mouth were furiously fast. His skill as a boxer made him “The Greatest” in his mind and in the minds of many others.

He antagonized opponents with his taunts, amused reporters with his boasts and angered government officials with his anti-war speeches. At the same time, he goaded a stubborn, hard-nosed society with his stinging jabs against pervasive racism.
Since the mid-1960s, he was one of the most famous faces on Earth, and even though his appearances in recent years were few, the name Muhammad Ali still sparked smiles all around the globe.
His death Friday at age 74 came after a lengthy battle against Parkinson’s disease. Ali was diagnosed with the disease in 1984, three years after he retired from a boxing career that began when a skinny 12-year-old Louisville, Kentucky, amateur put on the gloves.
All about Muhammad Ali
He is survived by his nine children, including daughter Laila, who, like her father, became a world champion boxer; and his fourth wife, Lonnie.
Ali was known in the ring for his lightning hand speed — unusual for a heavyweight — for his showmanship and for his brashness and braggadocio when a microphone was put before him. He taunted opponents before matches, trash-talked them during and proclaimed his greatness to reporters afterward. 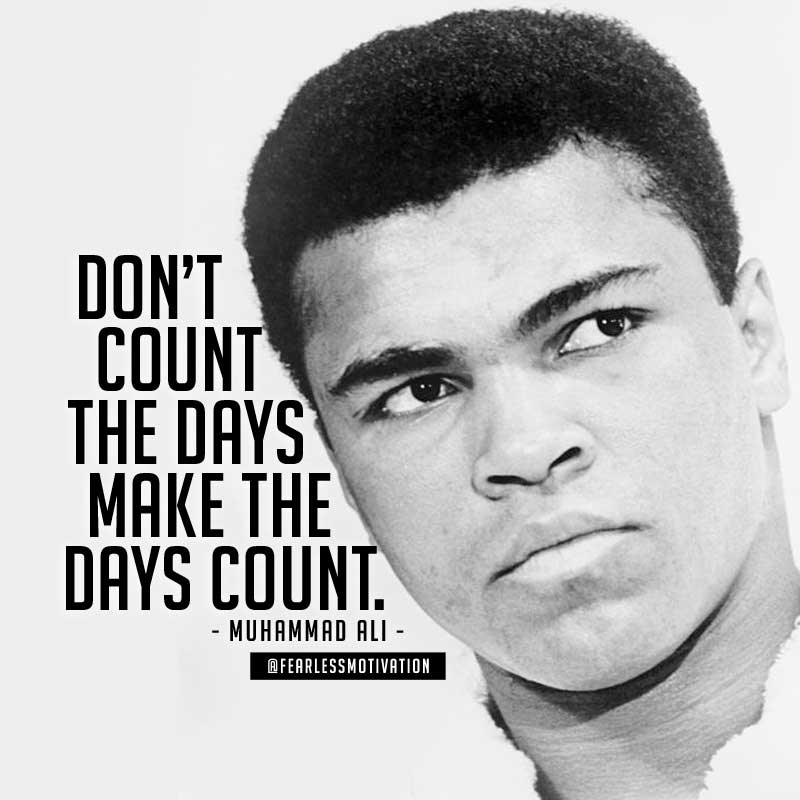 Muhammad Ali: ‘Will they remember me?’ 03:27
He stayed on his toes, literally, during a bout, sometimes quickly moving his feet forward and backward while his upper body stayed in place. The mesmerizing move became known as the “Ali Shuffle.”
Fans on every continent adored him, and at one point he was the probably the most-recognizable man on the planet.
But he also was a controversial figure at home, announcing his conversion to Islam and name-change after an upset title win over Sonny Liston, then refusing to enter the draft for the Vietnam War and publicly speaking about racism in the United States.

Ali was born January 17, 1942, in Louisville as Cassius Marcellus Clay Jr. His interest in boxing began at age 12, after he reported a stolen bike to a local police officer, Joe Martin, who was also a boxing trainer.
Martin told the young, infuriated Clay that if he wanted to pummel the person who stole his bike, he had better learn to box. 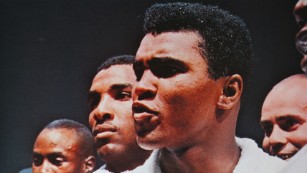 Muhammad Ali: Five things you never knew about boxer
Over the next six years, Clay won six Kentucky Golden Gloves championships, two National Golden Gloves championships and two National Amateur Athletic Union titles.
Just months after he turned 18, Clay won a gold medal as a light heavyweight at the 1960 Olympic Games in Rome, convincingly beating an experienced Polish fighter in the final.
The story goes that when he returned to a hometown parade, even with the medal around his neck, he was refused service in a segregated Louisville restaurant because of his race. According to several reports, he threw the medal into a river out of anger. The story is disputed by people who say Ali misplaced the medal.
Thirty-six years later, he was given a replacement medal and asked to light the cauldron at the 1996 Olympic Games in Atlanta, something he said was one of the greatest honors in his athletic career. 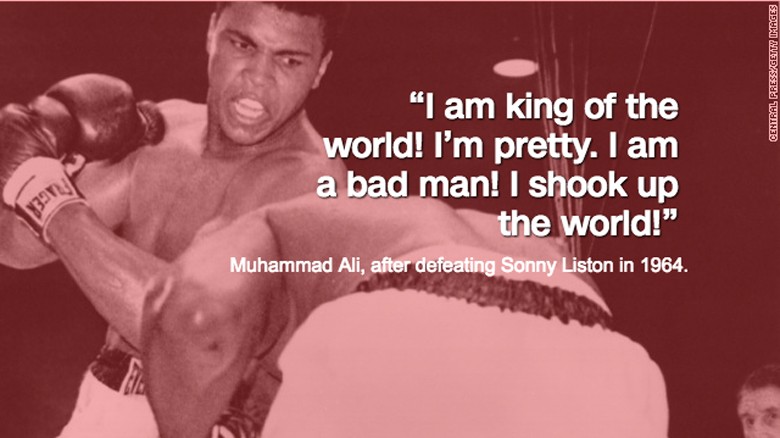 Boxing legend Muhammad Ali was not only know for his skill in the ring, but also for his way with words outside it.

Laila, 38, shared a sweet photo of her late dad with her son, Curtis, from a Louis Vuitton ad on Facebook, simply writing, “My son and my father.”

As previously reported, Muhammad, who was known by many as “The Greatest” and “The People’s Champion,” died on Friday, June 3, from septic shock due to unspecified natural causes at age 74. He was hospitalized earlier in the week for respiratory complications following a 32-year battle with Parkinson’s disease.

Shortly after his death, several of the boxing champ’s nine children paid tribute to him on social media.

Daughter Hana Ali tweeted, “Our hearts are literally hurting. But We are so happy daddy is free now … All of his organs failed but his HEART wouldn’t stop beating. For 30 minutes…his heart just keep beating. No one had ever seen anything like it. A true testament to the strength of his Spirit and Will!

Muhammad’s youngest child, son Asaad Amin, posted a throwback shot on Instagram, writing, “No one will ever touch this earth the way you did … Rest easy Dad and continue to look over me sincerely.” 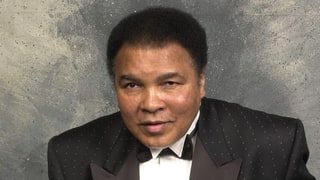 Daughter Rasheda Ali posted a touching photo of herself and the heavyweight champ on Twitter, calling him the “Greatest Man that ever lived.” 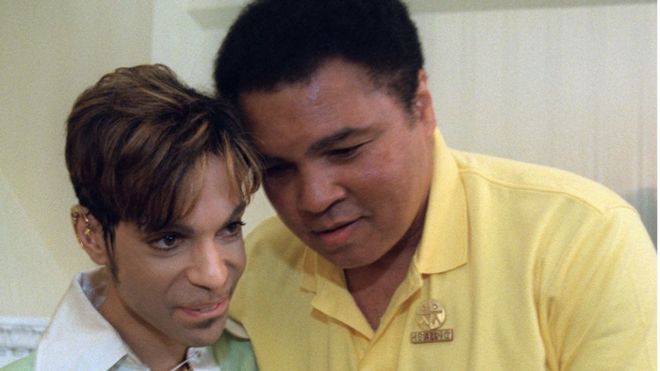 June, 1997. Prince, at this time, is one of the best-known artists in the world, his string of 1980s and early 1990s hits still recent enough for people to see him as an artist at his peak.

And yet, when he received a phone call from another well-known figure, he dropped everything at only 48 hours’ notice to fly out to meet him.

It’s a measure of Prince’s affection for Muhammad Ali that he flew from his native Minneapolis to Washington DC to see him.

And it’s a measure of Ali’s affection for Prince that he welcomed him like an old friend, despite this being their first meeting.

The setting was the five-star Hay-Adams hotel. The reason was to support Ali’s World Healing Project that raised money to combat bigotry worldwide.

The man who introduced them to each other, David Clark, spoke to the BBC on Sunday, two days after Ali died aged 74, and six weeks since Prince died suddenly at 57.

Mr Clark worked with Ali on promoting the World Healing Project in 1997. Knowing an MTV crew would be attending the launch of the scheme, he suggested they seek Prince’s support to get more publicity, and contacted his manager Londell McMillan.

Not that Prince was known as Prince at this time, of course.

In 1993, he changed his name to a symbol, then to The Artist Formerly Known As Prince, after a dispute with his Warner Bros record label, who refused to release Prince’s music when he wanted.

The Artist took to performing with the world “Slave” written on his cheek in protest at his label, which owned the name “Prince” – the name with which he was born.

“I had heard that The Artist was a Muhammad Ali fan and had never met him,” said Mr Clark, who now runs David Clark Cause, an organisation promoting charitable work around the world.

“We’d known it was an incredibly, incredibly long shot to get someone like him to say “Yes” and travel on his own dime at such short notice.”

There was no question of Prince, or The Artist, or the symbol, saying “No”.

He had grown up idolising Ali, who had himself changed his name after converting to Islam and denouncing his previous name, Cassius Clay, as his “slave name”. “I didn’t choose it and I don’t want it,” he said.

“My friend called me a couple of days ago and asked me,” Prince told a press conference after arriving in Washington.

“He said, Muhammad wants you to – and I said ‘Yes’. I didn’t even let him finish. He could have said, ‘Mow the lawn,’ and I would have been down with it. Muhammad’s my hero. He has been since I was a child.”

‘You have to call him The Artist’

A few hours earlier, Prince had arrived in Washington, and made his way to meet his idol in his hotel room.

“There was a knock on the door, and there was The Artist with his security guard,” Mr Clark said. “He had a look of amazement on his face.

“He saw Muhammad at the same time Muhammad saw him, and Muhammad said ‘Prince!’

“But his daughter, Hana, said ‘His name is The Artist, and you have to call him The Artist – or I will get him to call you Cassius Clay.’ Then Prince almost jumped into his arms.”

The two spent the whole day together, with photographs showing them being almost playful with one another – in one image, Ali is seen playing with Prince’s hair and ear as the singer grins.

“When Prince came in, they bonded over magic,” Mr Clark said.

“They were like two kids. These were two men who were trailblazers. The ‘authenticness’ of each impressed the other.”

Mr Clark said the two men, in their own way, stood apart in their fields. But both, by standing up for what they believed, also paid a price professionally.

Ali, in 1967, refused to be drafted to fight in Vietnam, subsequently having his world heavyweight title stripped from him and being banned from competing for three years.

While Prince’s decision to stand up to his record label for seven years and to work anonymously did not have such profound implications, Mr Clark said both men were able to admire each other’s integrity and determination.

Prince’s upbringing – an African-American boy in suburban Minnesota – also led him to look up to Ali, the son of a sign painter in segregation-era Kentucky, Mr Clark said.

“Muhammad seemed to know Prince’s music, and from what I understood, when Prince was getting hassled as a young man in Minneapolis, he used to point to the baddest man on the planet being black – Muhammad Ali.

“It’s my hope that they will not only inspire but ennoble and point the way for other people to follow their own path,” Mr Clark said.

“It can be rough sometimes, but in the end, it pays off. And a kid can look up to them and know it’s OK to be different.”