Federal authorities may reschedule marijuana, which is currently classified as being just as dangerous as heroin.

Later this year, the Drug Enforcement Agency could make a significant shift in how it classifies marijuana. In a 25-page memo sent to congressional lawmakers, the DEA said it may decide to reclassify marijuana soon, potentially “in the first half of 2016.”

Watch More: How the Government Is Hurting the Marijuana Business

Currently, the DEA lists marijuana as a Schedule 1 substance, grouping it together with heroin, MDMA, and mescaline, among others. Drugs that fall into Schedule 1 offer “…no currently accepted medical use and a high potential for abuse,” according to the DEA’s website. The classification came as a result of the Controlled Substances Act, passed in 1970.

As reported by The Washington Post, keeping marijuana as a Schedule 1 substance has also put a major strain on public research. The federal government only funds research-grade marijuana production to one small program at the University of Mississippi. This makes it difficult for researchers to obtain plant samples that are approved by the government. This also deters universities and colleges from funding any marijuana research, since there are a host of bureaucratic hurdles from multiple agencies.

The Future of Legal Marijuana Explained with Marijuana | Data Attack 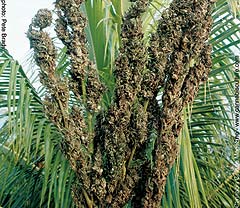