“We Have To Grow Up:” Tank Calls Out Kanye West For Posting Nude Pics Of Kim Kardashian

April 4, 2015
No comments yet
Tank has never been one to hold his tongue, and this time is no different.In a recent interview on the Have a Seat Radio Podcast, the R&B crooner blasted Kanye Westforposting semi-nude pics of Kim Kardashian all over his Twitter on Monday. According to People:

“I just want to know: How many pictures of Kim are we going to put out there with barely no clothes on?” said Tank. “At a certain point, we have to grow up,” the 39-year-old continued. “And we have to be examples to your children. Let’s stop putting this married woman’s assets all over the place.” 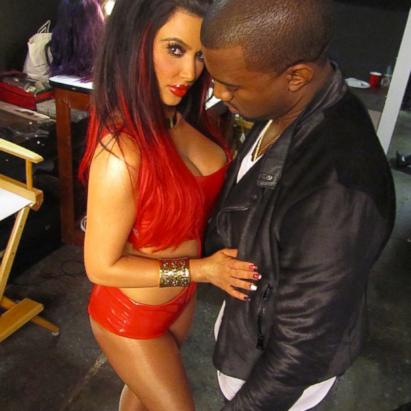 Though Tank admitted he was a Yeezus fan, he continued to disagree with the rapper’s decision to post his wife’s pics all over the place, stating:

“As a man, when I get married, I’m not putting my woman’s assets out on the blogs for people,” he said. “That is mine.”

Since Kanye has been very gracious as of late, hopefully he doesn’t choose now to spazz out on Tank.