Saturday, March 28, 2015, Better Brothers Los Angeles in association with theDIVA Foundation will honor Comedian Buttahman with their Courage Award at the inaugural Truth Awards Ceremony at the Ebell of Los Angeles. The Courage Awards will celebrate his courageous decision to publicly embrace your sexuality, amongst other LGBT community pioneers. The event brought to you by Tony nominated actress and HIV/AIDS advocate Sheryl Lee Ralph, celebrates and strengthens the voice in the Black Gay Community in Los Angeles.

The awards show will be co-hosted by SAG-nominated actress Cocoa Brown (Tyler Perry’s “For Better or Worse”) and award-winning comedian Sampson McCormick, who recently released his comedy album, “That Bitch Better Be Funny: Live at the Howard Theatre,” making history as the first openly gay comic to headline the historic venue in Washington, DC. Special performances by neo-soul artist Rahsaan Patterson and Grammy-nominated singer Angie Fisher as well as choreographer Ken Morris and the debut of his new work, “Brother’s Keeper,” performed by the Lula Washington Dance Company. Plus, honoree Darren “Buttah Man” Brin will showcase his comedic prowess as well. The event is sponsored by Gilead, AIDS Healthcare Foundation, and the generous support of businessman and activist Gerard McCallum.

Among the honorees, gay activist Jewel Thais-Williams will receive the Lifetime Achievement Award along with reality star Wendell James, who’ll be recognized with the Philanthropy Award. Williams founded the Catch One Night Club in 1972, making it the oldest Black-owned gay and lesbian club in the country. And for two seasons, James has allowed cameras to roll, documenting his life as a surrogate parent with best friend and Emmy-nominated actress Kym Whitley on OWN’s docu-series “Raising Whitley.” In a recent gut-wrenching episode, James shared his struggles with his homosexuality and his Christian faith.

DARREN “Buttah Man” BRIN – Courage Award Recipient – the director of music and development at BET, Buttah Man oversaw the music for the long-running show “106 & Park” and other music properties for BET. Prior to BET, he worked in the music and talent department at MTV, and launched MTV Jams, successfully building the brand into one of the most recognizable channels for hip hop music. He also created, produced and hosted the first nationally-televised hip hop game show “Hoodfab,” which aired on MTV Jams, MTV2, Mobile and MTV.com. 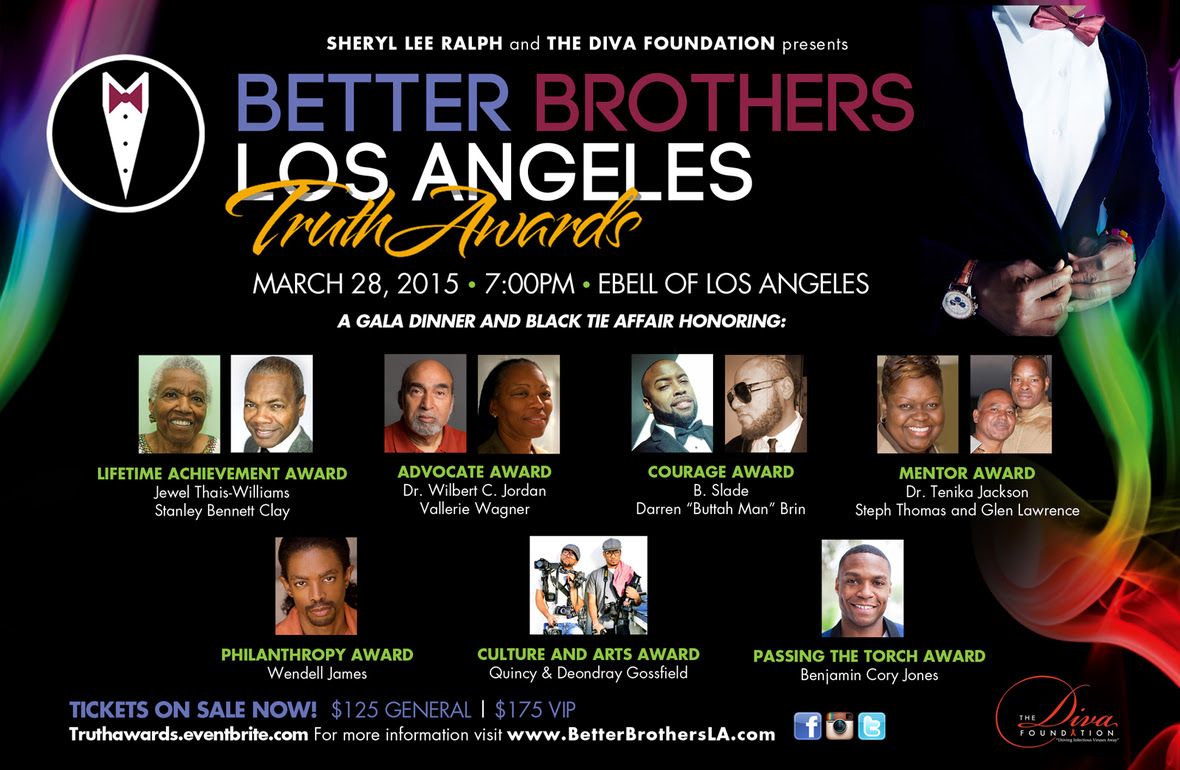